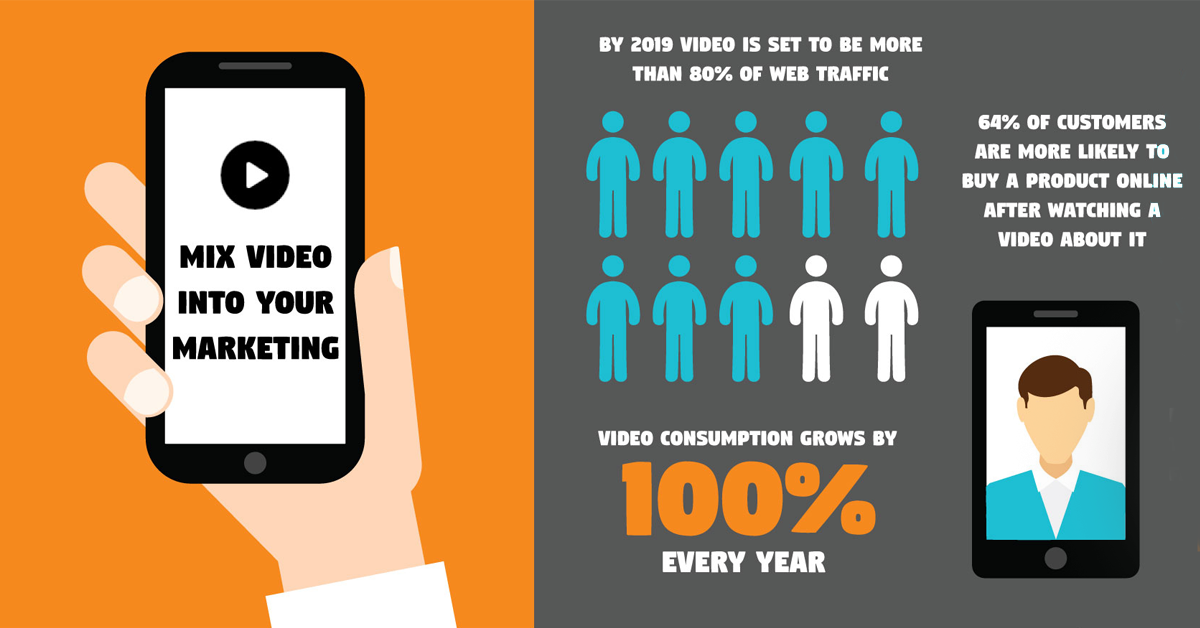 How many times this week have you been sucked into the Facebook video vortex? I'm guessing it has happened at least once. We all start innocently; watching that Ed Sheeran carpool karaoke video and suddenly your learning about how a 24 year old embryo was implanted into a 25 year old woman resulting in a successful live birth and your spouse walks in and says, "Seriously, what are you doing?" Come on, it isn't just me, right?

Well, according to the research it isn't just me because 45% of people watch more than an hour of Facebook or YouTube videos a week. If your business isn't using video as a part of your online marketing strategy, you are definitely missing out.

In today's marketplace, it seems that there's an app for almost everything. With 68% of U.S. adults owning a smartphone*, why not capitalize on this audience for using an app from your business?

You might be asking yourself, "what would I use an app for?"

One way to utilize the power of an app would be at your next major event such as a conference, festival, or sporting event.

In this case, we'll use the Sioux Falls Sports Authority and the 2016 Summit League tournament.

In case you're not aware, Valentine's Day is this Sunday. While being one of the most romantic days of the year, billions of dollars are spent on candy, flowers, jewelery, and apparel.

How many times have you stumbled upon a website and been frustrated with how to navigate through it or been turned off because the graphics are outdated? You would think in today's world that most websites would be up-to-date and relevant. Unfortunately, that's not the case.

Let's take a look at some of the most common cringe worthy website design mistakes we all make:

Here at 5j Design we take pride in the work we are able to do for our clients as well as the impact that many of them are having on our community. Recently we finished a website design for Table of Grace, a mission start church in the Harrisburg, SD area. You can check out the work they are doing as well as their new website at www.thetableofgrace.org.

Web Design: Looks Vs Brains. You can have both!

Everyone wants a functional, beautiful website that takes their visitors breath away!

"Wow look at that! Did you see that graphic, amazing! ohhh ahhhh!"

As a designer we love "oohhhs" and "ahhs" with our designs. As marketers, if we really boil down what this website should be doing, we might need to rethink the "ohhs' for a more to-the-point message that ends up with results. Results being new business directly from your website.